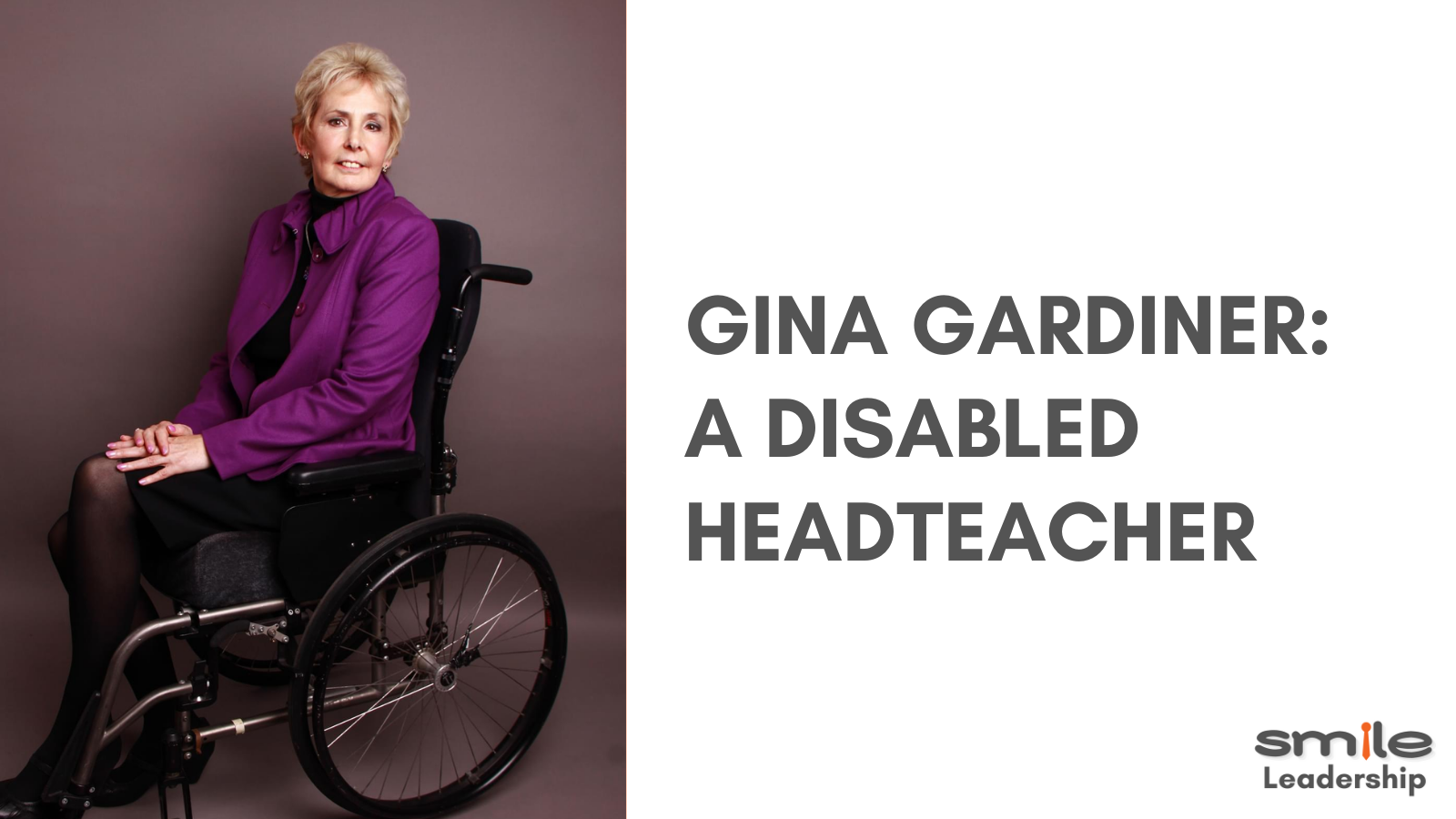 One of our main priorities as a specialist leadership and permanent services recruiter in the education sector is to encourage diversity in leadership teams across the country. We have seen first-hand how a diverse and representative leader can act as a role model for BAME and disabled students and have been using our recent blogs to highlight inspiring school leaders such as Sukhdev Singh Mangat and Betty Campbell.

We believe it is important for children to have role models from different backgrounds and to see minority groups in leadership roles so they can feel empowered and encouraged to live up to their full potential. In this blog, we will be focusing on Gina Gardiner, a disabled headteacher.

Gina Gardiner wasn’t born with disabilities, she grew up able-bodied and became a teacher at 21. Teaching became her passion, she loved helping children and their parents believe in themselves and she was promoted quickly, becoming the youngest Deputy Headteacher of the largest school in Essex aged 28 in 1982.

However, her life changed in February 1983, after less than a year as Deputy Head, Gina had a fatal accident, falling around 150-200 feet whilst on a ski trip. One side of her body became paralysed, after two hospital admissions she finally regained movement and took on headship in 1984 after the previous headteacher's passing.

Over the years her health and movement deteriorated and she eventually had to use a wheelchair to move around the school, in the beginning, she resisted this change as she was worried about what others would think, but once she began using the wheelchair she was relieved to find that no one thought of her any differently.

After an incident in 1986, she became unable to walk and had to take time off of work for an operation and she was back to work within a week. Gina expressed in her blog that she felt that she was ‘incredibly disabled at home’ and that at school she was able to use her brain hands and mouth to operate effectively as Head Teacher. She later goes on to even say ‘work was a great form of pain control’ often acting as a refuge from her health struggles at home.

Whilst she was headteacher her school won several accolades including being on Her Majesty’s Inspectorate’s (HMI) ‘Best 100 schools in England’ list twice and it became one of the only 75 schools nationally to achieve Beacon Status. Gina was also invited to work as an Advisor, Trainer, Facilitator, Mentor and Coach with the National College of Leadership, The DFES and The London Institute on a regular basis.

Gina’s story is truly inspiring and we can only imagine the impact she has had on children with disabilities after seeing someone like themselves be so successful and determined.

If you are wondering how to make your leadership team more representative you can read our blog full of tips on how to do so and if you’re feeling inspired and would like to find your next opportunity have a look at our latest available roles.

Be the first to know about our latest jobs